We’ve talked before about the right and wrong ways to continue a musical career after some initial success. It’s become increasingly easy to sit at home, especially during the dead of winter, and wait to hear the meh reviews of live sets from bands who were only marginally exciting 15 years ago. That won’t be the case at Sonar’s Talking Head Stage tonight. 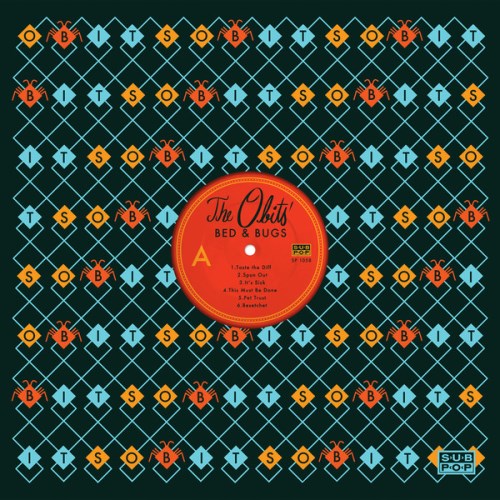 Rick Froberg is an archetypal model for how to conduct a career. We said as much in the link above about his former bandmate John Reis (Drive Like Jehu, Hot Snakes), and Froberg’s newest band Obits is putting out exactly the type of music we want to listen to at this point. Late Night Wallflower once described them as Surf Like Jehu, and that’s a good thing. We don’t think we can sum it up any better.

Playing in support tonight is DC’s Shortstack, who are another band currently putting out just what we want to hear. It can be tough to describe their particular brand of rocky-tonk, but if you think the Old 97′s are a little too polished, Ryan Adams is a little too precious, and Uncle Tupelo was just about right, then Shortstack is right up your alley.

The natural choice for a local slot on the bill is Baltimore’s own Sal Bando, who’ve all got their own laudable musical resumés, and their own surf garage band that kind of sounds like the Hold Steady would sound if Craig Finn actually knew how to sing and didn’t just talk over the music in the same annoying manner record after record. Not sure why Sal Bando is waiting around so long to put out an album, but if they’d go ahead and release one we’d definitely buy it.

We missed their final show of 2010, which was a crowded round-robin affair with Orphan and Dope Body, so we’re happy to see their first date in 2011 before we split town.

Just informed that Double Dagger is not on the bill. What do we look like, some kind of music journalist or something?

So yeah. We’re excited. You should be too, since we’d bet dollars to Dogfish that even though it’s early yet, this show makes our top ten list for 2011.