If you knew the Chop in real life, you’d know that we’re the type that damn well does what we say we’re going to do. One day we woke up at random after 13 or 14 years and said “Gonna quit smoking this month.” Next month will mark 3 years without a cigarette. Another time we said “Okay… gonna read War and Peace this month.” Did that too, and enjoyed it. In the middle of the very worst of the financial crisis we said “Welp, let’s take our credit score from ZERO to over 700 so we can get a mortgage.” No mean feat, but we did that too.

So when we say we’re going to do a thing, the thing will get done. 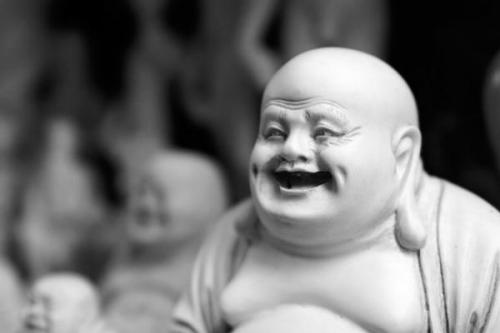 A visual approximation of the Chop's inner resolve.

Which brings us to 2011. There are a few things we want to do. None of it earth-shattering, mind you. None of it will have a great radical impact or change our life drastically. All of these things will be gradual improvements though. We’ll do them, and on new year’s 2012 we’ll be slightly better off than we are today. That’s the whole idea.

1. Pay more (some) attention to finances. Back in the day we used to hate to count money. Mostly because when we did there was never enough of it. Now we still kind of hate it, but thankfully we never have to do it very often because there is enough of it. We set all our bills to autopay, use the debit card, and stick to our ever-so-humble lifestyle and we’re pretty much okay. No more. Not saying we’re going to make a budget and stick to it or put a certain amount in savings. We’re just resolved to quit guessing what our balance is.

2. Ease up on the booze, just a little. Shocking, right? This is not to say that we’re getting on the wagon or anything, but Jesus… we could stand to lighten up a little. Maybe take a few weeknights off. Drink more wine and less whiskey at home. No more ‘one for the road’. Get Guinness instead of Dogfish Head when we’re out in town. That kind of thing.

3. Do something healthy. Like we mentioned the other day, this will probably mean buying a bicycle. It might mean joining the YMCA. It’s doubtful we’ll ever be the type that goes jogging or anything, but we’re going to have to figure out something. Not getting any younger, you know.

4. Join some sort of organized activity. Maybe a book club. Maybe a softball team. Maybe sailing lessons. Whatever it is, we’d like to get involved with some kind of structured, regular thing. It would be nice to do something we enjoy and be able to meet new people who also enjoy it, and who aren’t boring married people or bar drunks.

5. Do something with the gardens. We’ve got small garden areas in the front and back of the Chophouse. They’re very nice, but when we bought the place they were covered in plastic with a little mulch on top. The rear is mostly just a giant dog-toilet, and the front is given over to dead weeds. We travel far too much to tend a real, legitimate garden, but when we come home in the spring we’re resolved to at least get those tarps up, de-weed as best we can, and throw some fresh mulch down. Maybe we can find some perennials that are low maintenance for the front. One thing at a time.

6. Buy 2 new suits, and re-fit and alter the old ones. The Chop has no call to wear a suit to work, so that’s one part of our wardrobe that gets neglected regularly. Between a trip to the Kentucky Derby and Bourbon trail, and an out- of town wedding in May, we’re going to have call to dress well for most of that month. 2011 Will be the right time for us get properly measured and fitted, suited and booted to last several years.

All this we resolve. So it is written, so it shall be. Come back next year and see if we haven’t done all of it. You can feel free to shamelessly steal any or all of these for yourself, or let us know what you’re resolved to do in the comments.