New Year’s Eve is a sacrosanct holiday in Baltimore. It’s the one night of the year when bars are allowed to stay open as long as they damn well please. It’s like every drunk’s birthday at once, where midnight is the starting point and every barstool Baudelaire is bound and determined to drink until they see the windows lighting, stagger out into some epic new dawn of a new year of a new metaphor of a new day of being the Champion, the undisputed Champion of drinking. 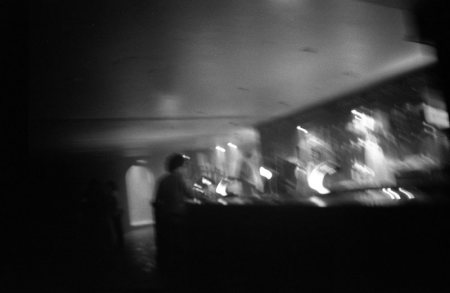 When the bar looks that empty and blurry, it's time to go the fuck home anyway.

The Chop, for one, just doesn’t get it. You can go into any bar in this city on any night of the year and every single patron in there will have an opinion about closing time. We don’t suggest you test this theory, because if you do, you’re going to have nitwits falling all over themselves to tell you their own personal stories and opinions on the matter.

“I used to live in New York and up there…”

“Well down in New Orleans…”

“I don’t even get off work until after midnight…”

Personally, we’re past the point where we even like staying out late. You know the Chop, and we’ll go out five, six nights a week but we’re happiest when we’re getting back home around 12:30 or 1 am. It’s nice to have some time to put your feet up, watch the Daily Show, and decompress a little before the stroke of 3 am. Even on the nights when we want to make it late, we’ve got no problem grabbing a table at the diner or taking it back home for a nightcap. We’ve managed to see the sun come up plenty of times with the liquor laws just the way they are.

We’d also like to humbly suggest to those who would whine about a 2 am closing that it is legal to show up before 11pm. If the place is that great, if drinking is so much fun, if you want to be there longer and drink more, just come earlier. Show up at 9… five hours of bar drinking should be enough for anyone.

Later this week we’ll discuss the actual etiquette of last call. As for today, the comments on this entry are closed. We know you’ve got an opinion on it, but you can go harangue some other drunk about it. We’re too deep into our home bar to listen.