This is about as far as you can get from a food blog, but December is a pretty slow month for public events, and you can only post so many cocktail recipes before the whole city starts to think you’re kind of a drunk.

We’re heading up to Mom and Pop Chop’s house for our annual Christmas Eve party and they’ve requested we bring a vegetable side dish. Much as we cringe at the idea of being a food blogger, we do believe that eating well is integral to living well. We do some pretty damn good cooking here at the Chophouse, even if it doesn’t show up in the blog. So just this once, just to prove that we can, we’ll show you what we’re bringing along tonight. 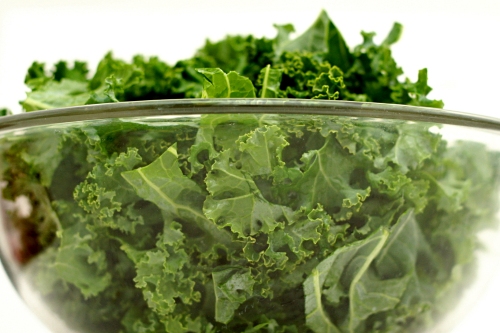 First of all, all those measurements are guesses. So are the cooking times. Another reason we’re not too keen on writing recipes is because we like to play it by ear in the kitchen, cook on the fly and all of that. Anyway, cut the pepper in half and 86 the seeds. Slice it and the onion. Coat them both in olive oil and roast them at 450° until they look nice and roasty.

In the meantime chop the kale into pieces, getting rid of most of the stems and coat in evenly in a mixing bowl with olive oil. In another bowl mix up your vinegar, sugar, water, salt and pepper. Once the onion and pepper are roasted mix them in with the kale and move it all into baking dish. Lace it lightly with that seasoned vinegar and roast the whole mess at 400° until the edges of the leaves start to blacken, shouldn’t be too much more than about 10 minutes.