Whatever the case may be, we all sometimes need to find gifts that cost as little as possible. Just because you’re not spending much though doesn’t mean you’ve got to give up on good taste. They say it’s the thought that counts, and if you put a little thought into your smallest gifts, you can make them count, too. 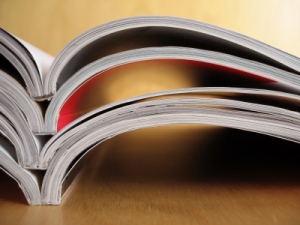 You’ve probably heard by now that print media is dying, and that iPads and Kindles are the wave of the future. All that aside, light reading is as enjoyable as it ever was. Magazine subscriptions are ridiculously cheap right now, with most running just over the cover price of one issue, and in most cases you can get two full years for around $10. The Chop recommends Esquire, Baltimore Magazine, Interview, W Magazine, The Atlantic, and Juxtapoz. It’s a breeze to order gift subscriptions online, although shipping of the first issue typically does take some time.

Ikea is well known for three things: good design, low prices, and shoddy materials. Their DEKAD alarm clock is two of those three things. Made of nothing but glass and steel, it’s as solid as it is stylish. Clean, classic design and a $6 price tag put it right at home in any room. Alternately, their lower level has a ton of housewares, textiles and decor items at budget friendly prices. 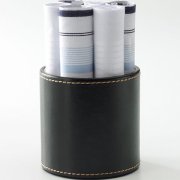 A tie may be the default last-minute generic gift idea for men, but a set of handkerchiefs is a fraction of the price, and he’ll probably get more mileage out of them than any tie. This set of Dockers handkerchiefs from Kohls is on sale for $10, and presents well in that cylidrical package which might double to hold pens, change, or whatever. 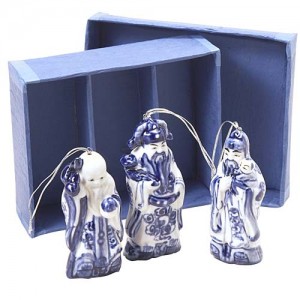 A Christmas ornament is another pretty standard go-to gift, but the ones available at Ten Thousand Villages in Fell’s Point are anything but ordinary. This set of three is handmade in China and marked down to the ridiculously low price of $5.00. There are also options from India and Nepal as well as other handmade gifts from all over the world.

Whether you’re stuffing a stocking, sticking to a budget or treating yourself, any of these gifts will be money well spent. Have you received something inexpensive that made you smile? Come up with the perfect solution for secret Santa, maybe? Post your own economical gift ideas in the comments.