Well, here we are at the end of the year, the time for retrospectives and remembrances, and of course for top ten lists. Granted, this blog might not be the best choice for making a list of the ten best punk and indie shows of 2010, since we spent 6 months of the year abroad and don’t even know what the hell happened while we were gone, so if it makes you feel any better you can feel free to refer to today’s post as “The 10 best shows we could bother to show up to and write about.” After all, what good is a superlative list if you can’t piss and moan about it? 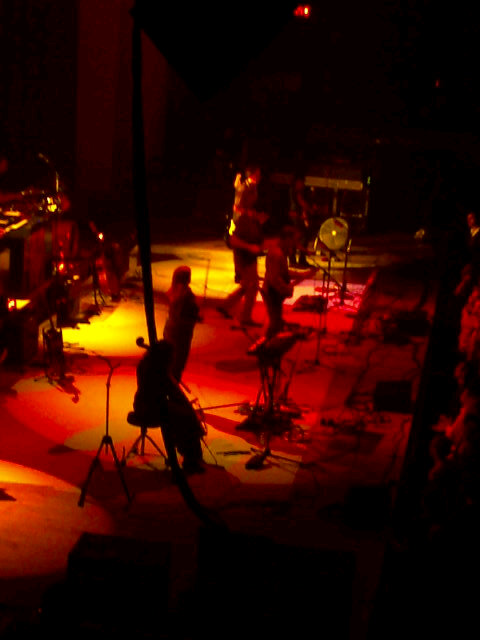 There were some shows we wrote about but didn’t ultimately show up to for whatever reason. There were some shows we saw that we didn’t write about for whatever reason. And then there were shows that we wrote about purposefully not going to (certain English bands from the 1970′s). So these are the 10 that we gave you some advance notice on. This is where we get to say “Told you that was going to rule hard.” Because all of these shows did. This list is in reverse chronological order.

10– An Evening With Greg Dulli @ Ottobar Tonight Greg Dulli’s still got it. Period. There’s a reason this show sold out weeks in advance, and it’s because Dulli is just about more badass than anyone who’s been on a stage in the last 20 years.

9– Belle and Sebastian @ Constitution Hall Tonight Okay, so this might not have been a Baltimore show, but there were certainly enough Baltimore people in attendance. These guys just might be our favorite band nowadays, and we’re perfectly okay with that.

8– Deleted Scenes, Medications @ The Sidebar Tonight Deleted Scenes are a truly exceptional band, and Medications are about as tight as post-rock gets. Put them on a bill together and it’s one of the best shows you’ll see all year.

7–Double Dagger, Future Islands @ Floristree Tonight This show was packed with kids and every single one of them was having a great time. This show might have also been the best house party we’ve ever been to.

6–Double Dagger, Sick Weapons Record Releases @ Hexagon Tonight This was an Easter Sunday super record release rager. Everyone showed up drunk on family booze from Easter parties and every band on the bill turned it up to 11.

5–Lucero, Desert Boys @ Sonar Tonight You know who Lucero is? Lucero is that punk-ass friend you had in high school, who, when they come to town, make you think you can drink your weight in whiskey and act like you’re 19 again. They’re a bad influence and a great band. There were a lot of people well in their cups at this show, and the Chop was certainly among them.

4–David Bazan, Headlights @ Ottobar Tonight Bazan played a bunch of Pedro the Lion material, as well as some new stuff. Joked around and took questions from the crowd, played with a full band behind him, and put on a great show.

3–Rival Schools @ Ottobar Tonight We love us some Rival Schools. For our money this is the best pie Walter Schreifels ever stuck his finger in, and we spent the whole set grinning like a dentist.

2–Comics Without Filters @ Windup Space Tonight So, this was a comedy show and not a rock show, but whatever. It was so good that it definitely deserves a place on this list. Everyone who got onstage was genuinely funny, and the crowd ate it up, plus the whole thing was a benefit for Doctors Without Borders. We really wish they’d do another one of these as soon as possible.

1–Shook Ones and Title Fight @ Sidebar Tonight How good was this show? It wasn’t even in 2010, and Title Fight didn’t even play and it still made the list. A lot of people compare Shook Ones to Lifetime, but we like them even better. They’re that good.

So there you have it Baltimore. Those are our picks. Some of the best nights we’ve spent all year. What about you? What did we miss? What sticks in your mind as something exceptional this year? What’s on your radar for next year? Let us know in the comments.