Still more of you may be shocked. What’s the meaning of this? Voicemail is alive and well. I just left a bunch of them this morning. Well, people still play vinyl records and sit through the Latin Mass, but you know what? They’re both dead, and so is voicemail. 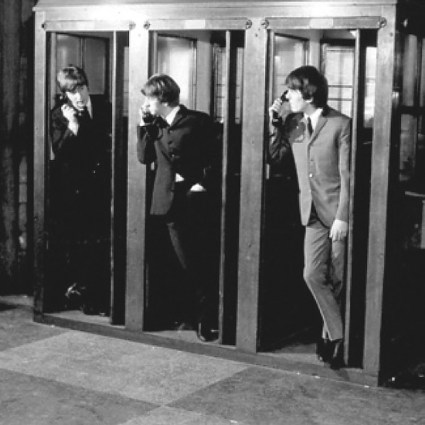 This kind of technology is about as current as voicemail.

Either way, it’s got to go on record.

Most people have no idea how to leave a proper voicemail. Some of you don’t even know how to check your voicemail, and those of you who do know often don’t bother. Of the few who do bother, most of you do it only to get rid of the little icon on your phone screen, and we suspect you’re not even listening to the messages you receive. With the ubiquity of cell phones, you’ve already seen who called and guessed or found out what they wanted.

The Chop remembers a time when there was no such thing as a voicemail. Even then we hated leaving messages on “answering machines”. Most of the messages we’ve heard in life have consisted of half umms… and uuhhhs…. and any one that contains a phone number has to be listened to a minimum of two times. Enough already.

As slow as we were to embrace text messaging technology, we go on record today as embracing it fully and happily.

As of today, the Chop is not leaving any more voicemails for anyone. If you can’t answer your phone, we might hang up and send you a text (since this seems to yield better results anyway) or we might even just give up and call someone else. Likewise, don’t leave us any more messages. Just text. Seriously, we’ll get right back to you.

You don’t even have to wait for the beep.