Our neighbors here at the Chophouse are hood rich. They’re the sort of folks who drive nicer cars than the house they live in. Not judging, just saying. A top of the line GMC Yukon and a late model Sedan de Ville are some pretty nice wheels, and they’re regularly washed and shined by another neighbor who runs the part-time car wash hustle.

We’re just the opposite… for all the work and effort we put into decorating and maintaining the Chophouse, we bought our old Chevy specifically to run it straight into the ground. We wanted a Craigslist car that we could buy with cash on the spot and nail speed bumps, run red lights, skip oil changes, and generally abuse the hell out of. After better than 3 years of hard use, we’ve more than got our money’s worth. 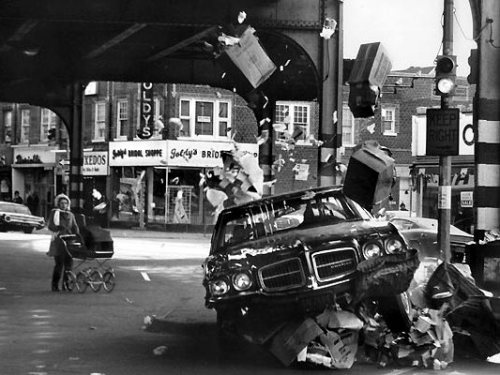 A visual approximation of the Chop's driving habits in Baltimore.

Talking to our neighbor recently though, she admitted what we’d suspected all along; that a full size Cadillac is a giant burden to maintain in Baltimore City. She lamented the size, the necessary maintenance, the low MPG’s, the responsiveness, and every other problem you get from driving a suburban highway car in the city.

We often secretly wonder when we’ll run the wheels off of our Chevy, and it got us thinking about what our next car might be. Since we travel as much as we do, we’re going to need something without a payment that can sit for long periods of time, and that will stand up to cobblestones, streetcar tracks, potholes, water main breaks, snow salt, pigeon shit, parallel parking, and every other thing that the City of Baltimore can throw at it. Here’s a few picks from our shortlist.

Most people regard the Subaru line as being strictly for hippies and lesbians, but we say it’s the poor man’s Volvo. Hell, take a drive through Guilford or Roland Park and you might find that even the Rich Man is buying Subarus these days. Any Subaru you buy is going to have all wheel drive, which is a huge plus, especially during the winter months, and the forester packs a ton of space onto a relatively small chassis. These things are basically little urban tanks. 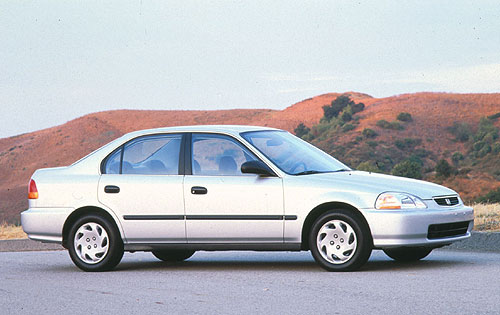 You don’t need us to tell you that the Civic is a great car for Baltimore City. The Civic is a great car for everywhere. The only criticism that we can level at this model is that not enough of them hit the used market, and when they do people want a lot of money for them, no matter how old or worn they may be. If Hitler had had his boys invent the Civic instead of that crappy Beetle, most of Europe would probably sprecken zee Deutsche today. 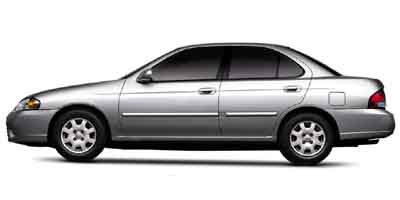 Humble, inexpensive, scrappy, and dependable; in many ways, the Sentra is the perfect car for Baltimore City. If NYC and DC are the Acura and the Avalon blocking up traffic and scratching their heads after a fender bender, the Sentra is Baltimore… taking battle damage in stride and giving you the finger while it hits the gas. We’ve got someplace to be and the Sentra’s going to get us there come hell or high water. Fun Fact: the Chop once visited a Nissan factory in Yokozuka, Japan.

What about you, Baltimore? What are you driving around the city? Love it? Hate it? Recommend it to a friend? Let us know below.