It’s getting to be that time of year again; the time of year when non-profits and worthy causes of all stripes double down on ‘awareness campaigns’ trying to pull your holiday heartstrings, and get their ledgers in order with some last minute donations before the end of the year. Public radio, pink ribbons, the Salvation Army of bell-ringers… appeals to your sympathy and pocketbooks are about to come from all sides. You’ve been warned.

Perhaps there’s no more deserving cause than Baltimore’s own Charm City Art Space. It’s 8 years and more than 1000 shows now since the Art Space opened its doors, and with a budget of zero throughout all of it, they’ve managed to remain as a hive of creative underground activity without ever feeling like a poor relation (ahem. Senator Theater. ahem.). 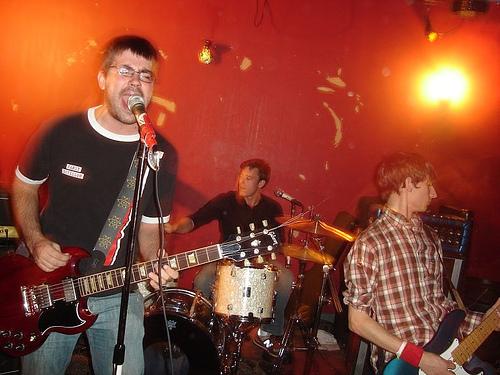 You don’t get more humble than the members of CCAS. Even when they do hold a benefit, it’s disguised as an awesome show, and won’t cost you more than a few bucks at the door, same as any other show.

This has always been the Chop’s favorite sort of philanthropy; the sort where you get something cool for your money, and someone else does the heavy lifting. Tonight the heavy lifting will be on the shoulders of one of our favorite local acts, Dead Mechanical.

Sharing the burden tonight is DC area post- HC outfit Give, and their fellow Washingtonians, the midwestern-sounding mathy Monument.

With a lineup like that you can afford to give til it hurts… or at least until your ears ring.

Speaking of poor relations going begging, today is day 2 of voting in the Sun’s Mobbies contest. The Baltimore Chop is nominated in the Music/Nightlife, Personal, and Misfits categories, and we’re begging for your vote. Click over there now. It only takes a second.