Year in and year out, we’re always surprised that people don’t just take the easy way out and dress for Halloween in a giant Summer’s Eve box, because there’s no shortage of douchebags running around Fells Point, Federal Hill, etc. 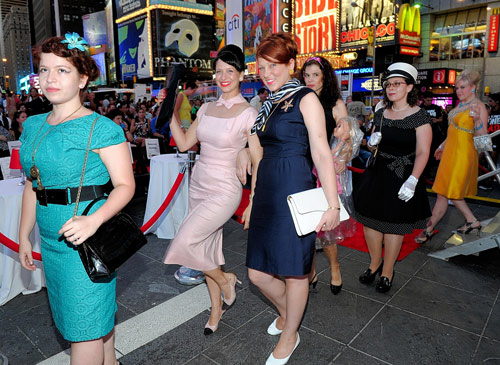 This was played out 3 years ago. Don't keep making the same mistake.

But Some costumes cross the line from bad to worse; and then there are these. If you wear one of the following costumes out in public this year, you pretty much deserve to be socially shunned and never get laid again. You also deserve the dozens of photo tags that are bound to pop up in social media years from now, like when you’re looking for a job or being googled by your girlfriend’s parents. Have fun living these down.

4. Mad Men The good folks over at Something Awful hit the nail on the head when they said “Even if you’re a handsome, suave dude it won’t work, because you don’t live in 1962. Your context sucks. Don Draper does not request extra corn salsa for his Chipotle burrito.” The rules don’t change because it’s Halloween. Just because you pawed through Salvation Army for an ugly, ill-fitting polyester suit doesn’t mean you look like Draper. It means you look like a moron.

3. The Jersey Shore There’s a reason the show is only 22 minutes long. Running around all night doing guido schtick in a bad Jersey accent is going to get old very quickly. There’s no subtle irony to the Jersey Shore costume, it’s just a douchebag dressing up like another douchebag. Besides, do you think you can do a better job of making fun of Jersey than South Park? You can’t.

2. Terrorist This one is now in perpetually poor taste. Whatever you do, do not don Arab dress, and wear a beard and bomb vest. It’s not going to impress anyone, and it’s going to piss a lot of people off. You may well even end up in a fight or in central booking, and you probably deserve it.

1. Chilean Miners Put away the hard hat, take off the sunglasses, and don’t you dare wave around a Chilean flag. Don’t ever forget that those workers were victims, and were being exploited by mine owners. This is one of the very rare instances where the whole world watches and cares about something important (i.e. not the Olympics or World Cup) at the same time, and your lame ass Halloween costume is only going to cheapen that.