The Director is in town. More than a year ago, the Director decided he was sick and tired of using his film degree to edit bureaucratic training videos and pick up a little freelance wedding work and he took himself out to Hollywood to pursue his art and seek his fortune in the movie business.

Tonight we’re going to get to see the result of the first year or so of the “Hollywood Period” at what was supposed to be a screening party for the project he’s been working on.

We say supposed to be, because all indications are that tonight is to become more an engagement party than anything else. After a lifetime of being shy and awkward around girls and women, the Director fell ass backwards into a random roommate-as-girlfriend situation out there which as far as we can tell is all to the good. He got himself engaged last weekend. 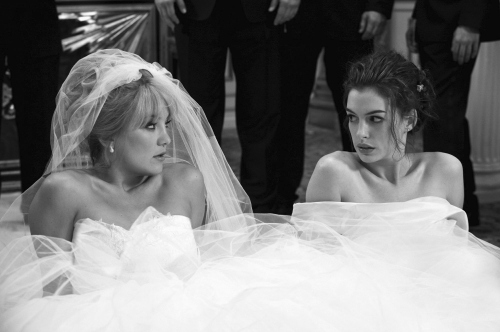 The wrong ring can make a bride very angry. And bad things can happen when brides get angry.

Time was, this happy news would have been announced over a toast, and genuine surprise and elation would have been the tone for the rest of the evening. As it stands, it was announced via Facebook. Not quite the same.

Thanks also to the magic of Facebook, we got a chance to have a look at a picture of the ring, and, well, it’s fugly. There’s no two ways about it. It’s made of onyx, for Christ’s sake. We understand you both like horror movies, but come on… you’re only a half step above this.

It could be worse though. During our trip overseas one of our co-workers called us over to see his cousin’s engagement ring on Facebook. It was made of Moissanite, that magical meteorite matter that’s “even rarer and stronger than a diamond!!!” It had been bought with a coupon and it was maybe the ugliest piece of jewelry we’d ever seen wrapped around a chubby little unmanicured finger. Everyone in the place had a field day laughing, and that still stands out as easily the most entertaining thing we saw in 3 months.

So what have we learned, Baltimore? We’ve learned that this is the way things are done now. If you give her that ring, gentlemen, you can count on it showing up on Facebook the same day, and judgment will be swift and severe if you botch the purchase. For better or worse, diamonds are the standard in tradition and good taste. That said, blood diamonds are never in good taste. The Chop has been to Sierra Leone, and believe it when we say that there is not one person, building or road in that country that is not scarred by war.