We probably shouldn’t tell you about iBar. We should probably keep our big mouth shut for once and leave well enough alone. Or maybe we should use some reverse psychology. Don’t go to iBar. It’s not very cool.

There. That ought to insure that iBar remains one of the best kept open secrets in Baltimore. If you’re anything like us, you’ve driven by iBar 10,000 times and always meant to go in, but never quite did. When you say to your friend ‘Where do you want to go?’ they probably never told you iBar. We were guilty of this for quite a long time. It’s so close to Club Charles, Joe Squared, Ottobar, etc that it’s always just been easier to go with the familiar. 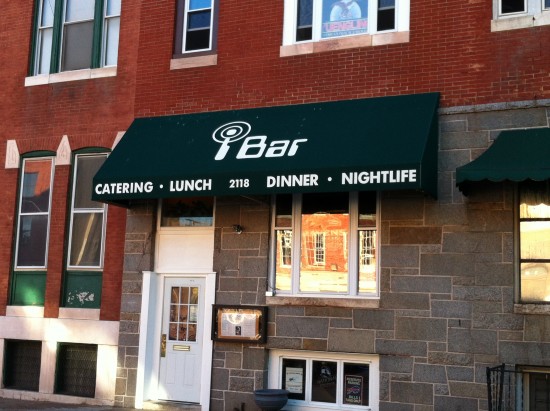 Of course, sometimes you just don’t feel like dealing with the Club Charles. Sometimes you just want to have a cheap beer and watch a few innings of baseball and chitchat with people who are cool, but yet don’t know or care about design aesthetics, electronic music, or bicycles. That’s when you go to iBar.

True to the name they offer free wi-fi, as well as a public internet connected PC at the end of the bar. That’s where the technology connection ends though. The rest of iBar is just a good old fashioned corner place (although it’s not on a corner) with cheap cold beer, pretty and nice bartenders, an awesome pub grub menu, and a decent jukebox well stocked with solid un-ironic 80′s pop. There’s also one nice sized flatscreen which has been tuned to baseball every time we’ve been in.

Next time you’re driving by and idly wondering about the place, do yourself a favor and stop in. You’ll be glad you did.

iBar is at 2118 Maryland Ave in Old Goucher/Charles North/Charles Village South/Whatever the hell you want to call it.