You can ask any woman and they’ll all tell you the same thing… you can find some really great stuff at Target.

It’s no accident either. Whereas their main competitor Wal-Mart seems to purposefully sell the most generic, basic and bland sorts of items across the board and across the country, Target’s designer fashion program is consistently on-trend, versatile, and affordable, and is not only key to their business model, but to their success as well. 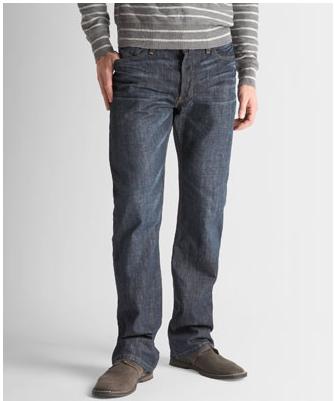 It's hard to go wrong in a pair of Levi's.

Unfortunately, as with some other stores, women seem to have it much better than men in the aisles of Target. The Men’s section in every Target we’ve ever seen has been underwhelming, to say the least. Not only is it relegated to a small corner of the store, but it often looks more like it’s full of overgrown boys’ clothes than anything an actual man would wear. Still though, if you choose carefully it is possible to come away from Target with a few great pieces of clothing without spending much money at all.

The main thing to keep in mind is that you are in fact a man, and not an overgrown boy. This alone will rule out entire swaths of the men’s section very quickly. Once you get past the many racks of giant hibiscus printed board shorts, cargo shorts, and crummy graphic tees you’re on the right track.

While you’re at it, you can also skip right over any and all dress shirts, slacks, jackets, suits, shirts or anything that one might wear to an office. This is not where Target excels, and you’d do much better to pick these up elsewhere. Despite the partnership with Converse, the men’s shoe section can’t hold a candle to an actual shoe store. Once you’ve gotten past all this, you’re left with what is generally regarded as weekend wear.

As with any large chain, Target selection is dictated by volume. The good news is that everything is seasonally appropriate. You won’t find yourself buried in cable-knit sweaters in July or perusing shorts in December. The bad news is that sizing is at it’s most basic and is very limited. Most menswear in Target stores is labeled S,M,L, or maybe XL. Jeans run from about 30″-40″. If you’re accustomed to ‘big and tall’ shopping, you can likely stay out of Target entirely.

For the rest of us, it is crucial to keep in mind a rule you would follow at all times: Don’t outfit yourself entirely from any one store. We put that in bold italics because it’s important. It doesn’t matter whether that store is Target, Banana Republic, or Brooks Brothers. Buying too many clothes from one source shows through on the street, and it never looks quite right. 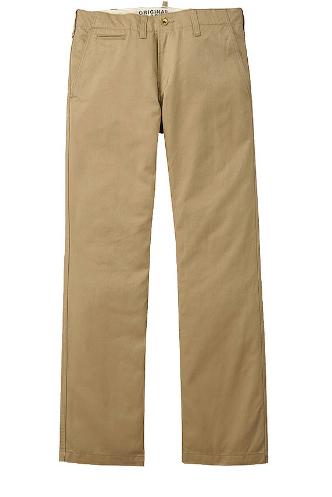 100% cotton and flat fronts. What more do you want?

What you’re looking for at Target is typically solid basics like a pair of Levi’s or Wranglers (mind the Brett Favre dad-jeans though, there are plenty of those around), some flat-front chinos or a casual button up or polo. It can also be an outstanding source for certain accessories, most especially socks, belts, boxers and hats.

The hat selection is much better than you’d expect, but keep in mind that it’s very easy to look like a total shart in a hat. Don’t even try it if you’re under 30, and eschew any shred of irony. 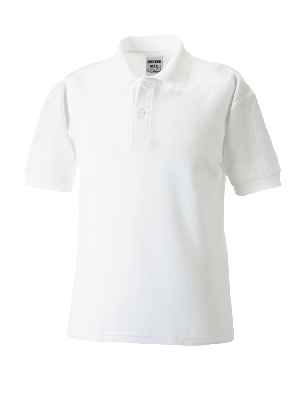 Several types of polos, all under $15.

By the same turn, it’s also a terrible place to shop for accessories. Sunglasses, wristwatches, and anything else that’s not socks, belts or boxers can be pretty tacky and is usually of very poor quality.

Our ultimate advice? Don’t go to Target for clothes. But if you happen to be in there for a new TV or a set of dishes or a small appliance, be sure to at least glance at the clothes. You might be pleasantly surprised.

Note: because of technical issues with Target’s website, these photos are of similar products. They’re of about the same quality and fairly well representative of Target’s offerings. Sorry about that.