The Chop went to dinner in a certain North Baltimore establishment. It’s a small place, but it does a good trade and is usually more full than empty. As soon as we walked in though, we were greeted like old personal friends.

More than that, we were recognized and greeted like old friends. Both the bartender and the host recognized our party immediately from our first visit a week ago. Here’s the thing though: That first visit was just for a quick drink. And when we say quick drink, we mean a really quick drink. We ordered one round, didn’t finish our drinks, and didn’t even get the check, just left a twenty on the bar. We didn’t say anything to anyone and were in and out in ten minutes. 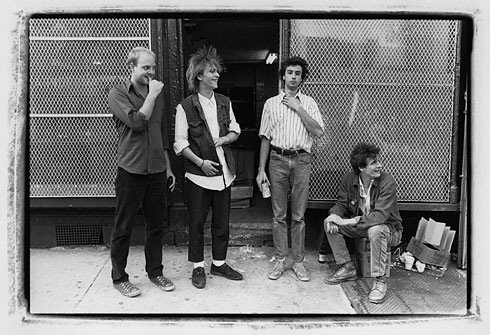 Don’t get us wrong… it’s great to go anywhere and be treated well. We thought the service at dinner (and the meal) was above and beyond, and we could definitely see ourselves becoming an actual regular over time. It did get us thinking though.

As nice as it is to get known as a regular someplace, it can be just as nice to be completely unknown. (Yes, we are well aware that we say this as an anonymous blogger.) Just as there are perks to regularity, there are also perks to anonymity. It’s nice to be able to order something out-of-character. It’s nice to not be dragged into conversation if you’re not in a mood to converse. It’s nice to leave a tip based solely on the merit of service and not because you know the bartender personally.

With the Baltimore bar scene consisting of what basically amounts to a few small towns (neighborhoods) in close proximity to one another, and the hospitality industry being somewhat insular, you can get known or recognized almost anywhere relatively quickly, but a place with a bartender who will forget you every time and a crowd who’s not all the usual suspects is worth its weight in Goldschlager.