As you probably already know, many area Catholic schools are slated to close due to ‘budget issues’. We’re going to reserve any comment on the Church as a whole, and instead stick to what we know best. We have very mixed feelings, to say the least.

Although the Chop is (mostly) a product of the Catholic schools, we are not now and have never been a Catholic. Our old school is among those that are closing this week with the end of the academic year.

What are we doing to mark the occasion? Are we forming some henny-penny ‘concerned citizens’ group to try to ‘save our schools’? Are we going to go to mass and say the rosary? Are we going to go get a lapdance from a schoolgirl-themed stripper? (Maybe.) 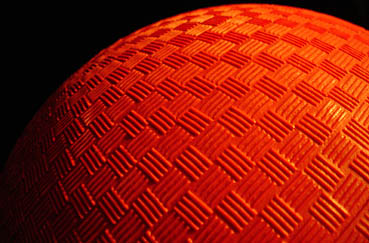 Playing kickball in the schoolyard was central to the Chop’s adolescent development. It was what we did every day both at recess and after school for years. If we were missing a kickball game, we felt like we were really missing something. We had to know everything that went on in the neighborhood as it happened, and if anything ever happened worth gossiping about, the news hit the schoolyard first.

We were lucky to have grown up in an old-school neighborhood. It was full of Polacks and it was the kind of place where 3 generations of family would own 3 houses on the same block. You knew them all and everybody’s dad had a job that paid. And that church and its school were the center of all of it.

That neighborhood is not the same anymore. Our family moved to the far suburbs long ago. The jobs are long gone, and now, so is the school.

You can’t go home again, but today we’re going to go play kickball and afterward raise many a sentimental glass with the Catholics.