On Tuesday, the Baltimore Chop took a look at the burgeoning pub quiz industry in Maryland. Being fun and free for bar patrons, and profitable for tavern owners and trivia producers alike, the popularity of bar trivia shows no signs of abating any time soon.

The Chop had only played live trivia once before now, so we hit the streets early in the week to see how a few of Central Maryland’s more than 85 (!) trivia nights stack up next to each other pound for pound. There are currently five companies actively producing live trivia events locally, and we made an effort to check out 3 games on Monday and Tuesday evening. 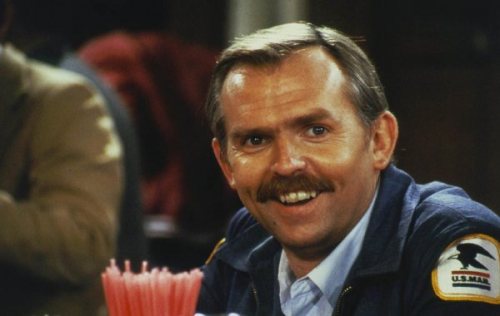 Our first stop this week was the James Joyce Pub on Monday for Brainstormer trivia. Brainstormer is a large, slick franchising operation based out of the San Francisco Bay area. With several dozen game locations nationwide, it seems the James Joyce is the only place to play in MD. We didn’t get too many details though, since the MC still hadn’t shown up at 7:30 for the 7 pm game. When we asked the bartender about it, she pretty much said ‘Yeah, he just shows up whenever he feels like it; 8 or 8:30.’ Far from an isolated incident, the Washington Post also reported a tardy Brainstormer host a few years ago at a DC Irish pub. With no bar specials to entice us to stay, we thought it best to move on.

It was only a short walk to the next game, when we checked out Charm City Trivia at the Green Turtle’s Fell’s Point location. CCT is active in 4 states with 18 games in MD, and hosts 10 games in the City, including the Wednesday night game at Mad River, which is reputed to be Baltimore’s most competitive trivia night. The game at the Green Turtle was much more relaxed though. In fact, it seemed most of the players had just signed up for the hell of it, because they were there already. The pair of Fell’s townies who’d been drinking since noon certainly fell into that category, and they quickly recruited the Chop to their team. Questions were easy enough, and at the end of 3 rounds (when we all pretty much lost interest) we were good for 4th place, not quite good enough to win the buckets of bar swag and a fistful of bar dollars. The drink special was a none-too-special $2 Miller Lite bottle, but the odds of winning shots at the end of each round were pretty good. Since the PA also connects to the speakers out front, you can sit outside while you play too. We’d recommend it for cheap Monday entertainment.

The next night we were right back at it for Showtime Trivia at Frazier’s on the Avenue. Showtime is currently running 23 area games, five of which are in the city. We found the Frazier’s game to be a nice intermediate/ middle of the road game. It took up most of the larger bar, and was a good mix of regular teams trying to get into the $1000 playoff tournament of all area Showtime teams, and casual players looking to win a $30 bar tab. But with $5 pizzas and $2 domestics as a Tuesday night special, aren’t we all winners at the end of the night?

One thing that was noticeable of the crowd at Frazier’s that seems to be true of trivia players across the board is their decidedly un-hipsterish nature. There’s not a lot of crowd crossover at these things with DJ nights or obscure indie film screenings.

Quiz-a-ma-jig is the little engine that could of Baltimore Trivia. With only two games in Fell’s Point (Max’s and Alexander’s) it seems to do more with less. We played the Thursday night game at Max’s last winter, and our experience was somewhat similar to that of two Citypaper staffers in 2005. Although the night we went was crowded, like standing room only for more than 2 hours crowded, and very, very loud and shout-y. Factor in a pretty competitive crew of regulars and no effing drink specials and we aren’t in a rush to go back any time soon.

Trivia Maryland runs 13 games in the Baltimore suburbs, but unfortunately none inside the City itself. The closest they get are two games in Towson. If you’re downtown and want to see what they’re about though, you can play all of the “Trivia Maryland World Series” games on their website.

Final Score operates in 3 states, and is the largest player in the local trivia market. With 25 separate events in the area they reach all points of the compass, but have only 3 games in the City. We’ve never been to the Camden Pub, Hazelwood Inn, or Field House for a game, but the Baltimore Sun recently profiled the company’s owner, who turned a pub quiz hobby into a full time job. From what we can tell, most people who host, score-keep, or are otherwise involved in trivia production started out as avid players at their own local bars.

A few local bars even go their own way for trivia nights, some doing it quite successfully. Federal Hill’s No Idea runs its own game, as does Fell’s Point’s Waterfront Hotel with their popular ‘WTF Do You Know?’ trivia nights. Around the corner from them the Wharf Rat has a few ‘best trivia night’ awards under its belt, although local blogger Zombie Girl prefers the atmosphere at Baltimore Taphouse, speaking highly of their regulars and staff.

The original purpose of these posts was to let you know what your options are for pub quizzes and bar trivia in Baltimore, and maybe even pick out a few of the best. At this point, we’ve come to realize that there are so many from which to choose, that we still haven’t fit them all into these two posts, and as far as choosing a favorite, you’re on your own, Choppers.

Next week, we’ll attempt to come up with something more comprehensive to help you sort out all the dates and locations where trivia is happening regularly. It might be a regular post sorted by night of the week. It might be a geographical chart, and it might even be a fancy Google map. We’re also interested to hear your experiences with trivia nights in the comments, and if you’ve played as a regular in multiple trivia games/tournaments or have been a trivia MC in the Baltimore area we’d like to know your thoughts via email to thebaltimorechop@gmail.com.