The Baltimore Chop was none too thrilled on Wednesday when we read on the Midnight Sun that the New York Times is looking down its nose at us again. They seem to see Baltimore as little more than a source for so-so regional cuisine, a great inspiration for campy Broadway musicals, and a crummy baseball team for the sweeping.

This time around they’re making us out to be a bungling, artless money-pit who is stuck in the Schmoke era and wants to copy Manhattan. We really, really wish the Times would mind their own fucking business a little more, and publish these cheap, quickie drive-by stories about Baltimore a little less.

The truth is that there’s already more creativity going on in Baltimore than the Chop can possibly keep up with. We saw an outstanding opening last night, and we’re torn between two events that deserve our full attention tonight. 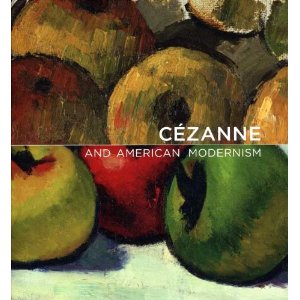 Cezanne and American Modernism closes at the BMA tonight. 7-10:30 pm.

First up, Run of the Mill Theater is opening Variations on Beauty tonight in the BBOX space in MICA‘s Gateway Building. The Variations series is an ongoing project for which playwrights assemble and collaborate on various themes, with each crafting a play on the central idea. Tonight’s opening show focuses on Beauty and features eight world premieres by local writers, as well as a chance for the audience to decide on the next theme. Variations only runs 8 performances, and closes May 30 so get your tickets now.

We might have to catch a weekday performance though, because we’re probably going to keep it close to home and head over to the closing party for Cezanne and American Modernism at the BMA.

(Despite the BMA’s website, it looks like the New York Times also poo-pooed this exhibition when it opened in New Jersey.)

We’ve been meaning to get over and see this show since it opened, and for once it looks like our procrastination has paid off. The museum is keeping late hours tonight (until 10:30), and $5 for non-members is a bargain to get dressed up fancy, see the paintings, get access to the snack table and a cash bar too. Not to mention DJ’s and soundscape artists performing live.

While we’re high on our visual arts horse, we’re also going to mention tomorrow’s Innovate Love art auction at Silo Point. Innovate Love is a joint benefit for Innovate Baltimore and the Baltimore Love Project; worthy causes both. We probably won’t make it out to this because tomorrow is a crazy busy night in Baltimore, but we really wish we could. We haven’t been to Silo Point yet, although we almost went to the last auction they had there. This one’s in the penthouse, so it’s likely to be pretty swank. Then again, Super Art Fight is bound to make sure it doesn’t get too stuffy in there.

We’re still looking to fill our walls up with art, but alas, Big Daddy Barack hasn’t made with our tax refund deposit yet, so an art auction is a temptation we can’t afford at the moment. Just as well. We can always spend Six Dollars! for the Sunday New York Times so they can tell us how crummy and provincial it was.

The BMA is at 10 Art Museum Dr. in Charles Village.

Silo Point is at 1200 Steuart St. in Locust point.