Brace yourselves Baltimore, for the Chop is about to take another potentially unpopular position. Today we’re coming out against food.

Did you know that your own humble Chop has been a vegetarian lo these 15 years? Of course you didn’t. We never mentioned it because we’re acutely aware that no one cares what we’re eating. And by that same token, the Chop doesn’t care what anyone else is eating, which leads to much eye-rolling because in 2010 everyone is anxious to tell you exactly what they’re eating.

We can’t hardly get through the day anymore without getting 20+ recommendations on what to eat. And you know what they say, opinions are like assholes… they leave a bad taste in your mouth. All kidding aside though, food is a lot like music in that it’s something which is consumed by everyone you know every day. Everyone has opinions on it, and everyone thinks their opinion is well-informed and superior, even if it’s not. 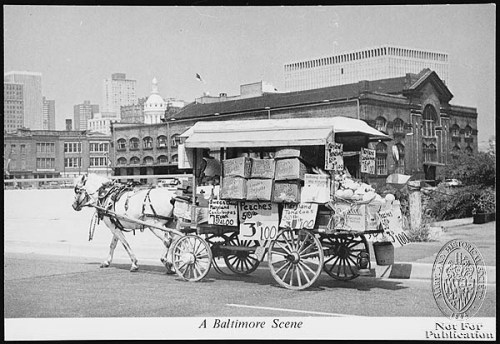 Doesn't get much more fresh and local than this.

For better or worse, the internet, cable TV and the general proliferation of information have largely erased what was once thought of as the mainstream. In the new century we’re all renaissance men, and in the same way that people are no longer satisfied with lowest-common-denominator generic rock ‘n roll, Swanson dinners and blue plate specials have also become relics of the last century. Just as iTunes and Last.fm can build you personalized playlists of niche artists, there’s now an endless drone of voices telling you where, what and how you should eat.

Something the foodie movement and food industry have been able to do very successfully is to make people believe the myth that eating well equates to living well. It does not. Most of your great starving artists were just that… starving. Looking back at some of the more revered persons of history (Jesus Christ, Ghandi, Nelson Mandela) they didn’t eat very well at all. Any life worth living has been sustained by food, not centered on it. The TV ideals of sophisticated dinner parties, downtown tasting menus and “authenticity” are merely the by-products of a happy life. You can’t eat your way to happiness.

It’s gotten to the point where the Chop can no longer watch Food Network or the Travel Channel. Can’t thumb through domestic magazines or even read food blogs anymore. It’s a shame, because there are a lot of really great food and restaurant blogs based in Baltimore. It’s just such a crowded niche that it quickly becomes an echo chamber. In someplace like NYC or SF, it may well be different but here there are only so many restaurants, and they’re all known quantities. New ones make or break their names in no time, and they do it the old fashioned way, by word of mouth. After all, a friend’s opinion will always trump a blogger’s. 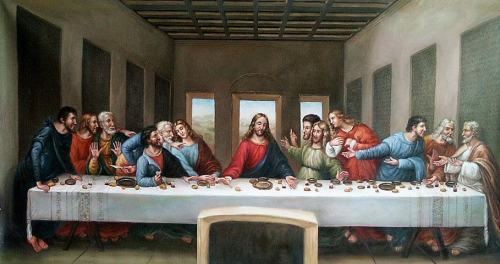 Just as we’ve turned 30 and reached a sort of ‘musical maturity’ where taste is refined, the old favorites are relied upon heavily, and new artists need to prove themselves substantial to receive much attention, so it is with food. There’s just no pressing need to try every new restaurant, to hit the farmers’ market every weekend, to seek out exotic ingredients or to wow ‘em at dinner parties. We just eat what we like.

Speaking of wowing ‘em at the dinner parties, that might be the thing that bothers most about foodie culture. People who talk at length about what they’ve eaten or photograph their food for the internet are merely showing off. Showing off is distinctly un-Baltimore. It runs contrary to the entire ethos of this city, where (historically) we all live in rowhouses, go to work together, cheer our teams together, and eat our crabs (or bull-and-oysters, or pancake suppers, or fried chicken, silver queen and tomatoes) together. This rush toward SOLE food is kind of akin to the 6 year old who demands something different from what the family’s eating at dinner.

Which is silly, because the best food we’ve ever had comes literally from our grandmothers’ kitchens. Recipes from Mrs. Kittering and the Junior League are every bit as delicious when you make them now as they were when they were made decades ago.

Anyone who really wants to eat well is encouraged to skip the trendy restaurants, and try the basement of the nearest Methodist Church instead.