Hump day Baltimore. Whew! Bet you wish it would snow some more so you could get another day off, yeah?

Well put your feet up. Take it easy. Eat yourself a nice dinner, get the laundry done, and maybe even take a nap. You’ve got plenty of time on your hands, cause the action tonight isn’t kicking off until ridiculously late for a Wednesday. The Chop is even going to get up to a little pregame Choppery before tonight’s main event ourselves.

That main event, of course, is at the Golden West tonight, when Gary B, Title Tracks, and Pretty & Nice take the stage. The show kicks off at 11:00 (Not 10. Don’t be fooled.) 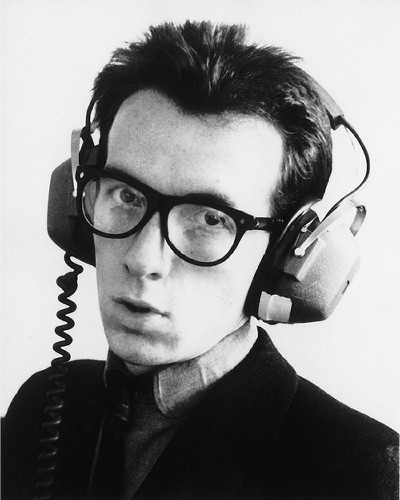 Gary B and Title Tracks channel Elvis at the Golden West tonight. 11pm.

And honestly, you can even show up late to an 11pm show, since (presumably) the first band up will be Pretty & Nice. Here’s what Buzzgrinder had to say about them last year:

Boston’s Pretty & Nice is one of those bands that you either love or hate. Quirky and catchy are two adjectives that come to mind. You’ll either want to hop around like an idiot or punch any/all of the members in the throat.

The Chop is firmly in the latter camp, thinking this band is too cute by half. We’re going to risk exposure to their set though, because we don’t want to chance missing out on Title Tracks, the new D.C. outfit featuring former Q and Not U frontman John Davis, along with some of the other usual DC suspects.

While Q and Not U was and is one of our favorite bands ever, The new Title Tracks record , which just dropped a little over a week ago, sounds more like Elvis Costello way back when he was still singing songs about the radio.

Not to be outdone, Baltimore is representing with it’s own Elvis Costello imposters (yes, that’s a pun!) Gary B and the Notions. We’re gonna be honest here Baltimore… the chance to see two bands this good channeling the ghost of Elvis is, at this point, even better than seeing Costello live. After all, the man is pushing 60. No crowded amphitheaters, no piano ballads, and no $100+ tickets. Just great songs and good beer on tap at the Golden West.