When the Chop turned 30 recently, we decided it would be thoroughly appropriate to mark the passage of time with the purchase of our first decent watch. There’s no small amount of metaphorical allusion involved in such a purchase, but for the Chop it was as much a practical acquisition as anything. Most watches we’ve had in the past have been gifts, and while they were all well-intentioned, they were also all cheap and low on style. If you’re going to live past 30, you deserve a watch that costs more than $30. That’s how we see it.

Your Chop did not enter into the pursuit of watch shopping lightly. We weren’t expecting to get something that’s going to be a future heirloom or anything, but if we’re going to part with a few hundred dollars, we’d like to end up with something that’s going to last us several years, be high on style, be made to quality standards, and go with most everything. In addition to being a self-birthday gift, the watch also has to do double duty as being a souvenir of our first trip to England, which is where we eventually found one that was just right.

These picks reflect an optimum mix of style, price, and quality. The Chop’s not going to waste your time with tourbillions, complications, jeweled bearings and the merits of white gold vs. rose gold. We just want you to look good when she asks you for the time. 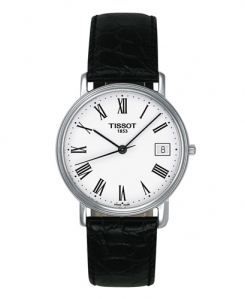 This isn’t exactly our watch, but it’s the closest to be found on the US website. After being founded in Le Locle, Switzerland in 1853, Tissot eventually partnered with Omega, which are both now owned by the Swatch Group. Tissot offers a good range of styles with prices up into used-car-price-range territory, but we give highest marks to their Classic line which looks as good today as when these things were first designed.

What we would wear:

Mondaine likes to market themselves as the official watch of the Swiss Railways, which is a pretty ringing endorsement. The common design aesthetic throughout their whole line makes these watches as easy to read on your wrist as they are to notice on someone else’s. The Automatic model above features day and date, which sets the price around $600. That’s a bargain if you’re in the market for a well-designed quality Swiss watch. The really good news for the rest of us is that prices go down from there. The Chop couldn’t justify wearing one of these as our only watch, but if we’re ever in the market for a second watch, we’re probably shopping Mondaine first. 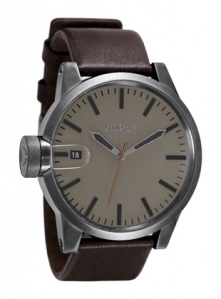 Nixon has found it’s way onto every fashionable watch shopper’s radar in the last few years, possibly because they’re more of a design house than a watchmaker. You wouldn’t know it to look at their line of watches though, which is as extensive as it is beautiful. The watch selector on their site is either a valuable shopping tool or a great time waster, depending on how serious you are about buying. They also offer most of their watches in a variety of shades and colors, so whatever design you have in mind, they’ve likely got a watch to match. The Regent is the top of their line for good reason, but anyone wanting to find a gorgeous watch in the $100 to $300 range would do well to check out the Chronicle, the Esquire, the Mellor or the Sentry. You’re going to want more than one. 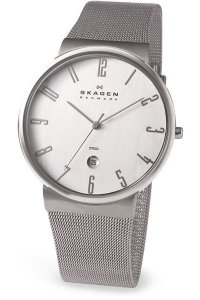 We discovered Danish brand Skagen while we were in Germany, and were sorely tempted to buy one. How cool would it be to walk around with a watch with a display reading “Freitag” instead of Friday? And that’s leaving aside the fact that their whole line are designed to be modern classics, are outfitted with Swiss quartz movements and fall in between $100 and $300. 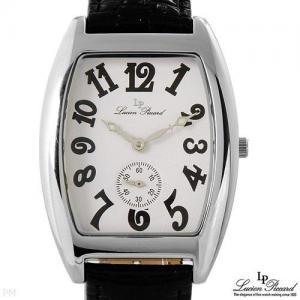 Swiss pedigree, Swiss or Japanese Seiko quartz, a full line of well designed watches, and most are around or below $500. What’s not to like? They’ve even got a statement on their website about conflict diamonds, which is admirable, and sadly, still all too rare in today’s marketplace.

What we would wear if were were filthy stinking rich:

We’re not rich, of course, but as a basis for comparison here’s a few of the world’s best watches to lust after. Click through to the watchmakers’ sites and take a close look at these, and you’ll laugh pretty hard next time you see Tiger Woods in a Tag Heuer ad or some sharts wearing Gucci in Milan. 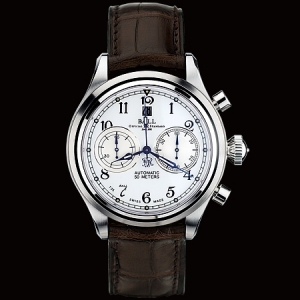 Ball Trainmaster Cannonball... you can pull a Christopher Walken with that Rolex, big spender.

"Ulysse Nardin Moonstruck... entirely mechanical yet smarter than your iPad. 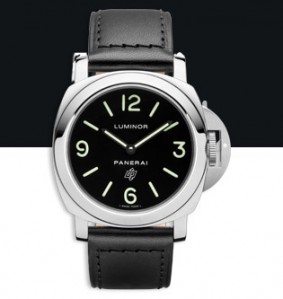 Panerai Luminor GMT... perfect Italian design that will outlast you.