There’s an interesting contrast before us today. We can go up to the second day of Honfest, which is (ahem) a a community celebration of homespun charm, independent creativity, and the blissfully absurd or something like that. We can celebrate those things while we drink a cool Heineken and check out some dad rock on the Bacardi stage, all courtesy of a great friend of Wal-Mart.

We could do that. It’s a nice thing and people like it. It would be a pleasant afternoon. For us though, we like our independents a little more independent, our our homespinning a little more homespun, our absurdity a little more absurd and our politics a lot further to the left. 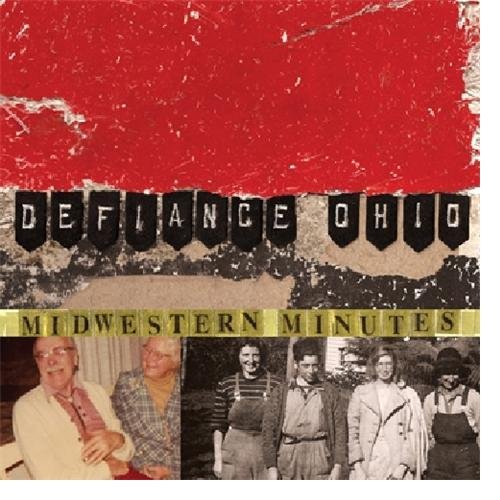 That’s why we’re heading down to the Charm City Art Space today for a good old fashioned punk rock Sunday matinee show. This one’s definitely worth rolling out of bed at the crack of noon for, as we haven’t had a chance to see Defiance, Ohio live yet. How do you describe them to the unfamiliar? It’s not quite adequate to say they’re “folk punk,” although they’re certainly one of the mainstays of that sound and have influenced countless “folkers” since their inception in 2002. But maybe the next-easiest way to describe them is to say they’re kind of like Against Me!, except that they’re not a bunch of trite posers.

But don’t take our word for it. Whether or not you show up to see them today, the band would be more than happy to give you all of their songs for free on their website. How’s that for power to the people, Hon?

Playing in support today is local Riot-Folker Ryan Harvey, who’s been playing punk influenced folk music in Baltimore’s church basements, VFW’s and punx picnics since about forever. Not really forever, but since he was knee-high to a Crasshole anyway. He’s all growed up now, and still doing what he does best. Come set a spell and listen, Hon.