We were just saying the other day how we never get around to going to DC anymore, and how when we do all we seem to do is go straight to the Black Cat and then come straight home. We even skipped out on yesterday’s trip to the DC Record Fair.

But why would we want to go to DC anyway? Considering: A… Baltimore is way better, and B… If we just sit around and wait, the best of DC will come to us, which is exactly what’s happening at the Sidebar tonight. 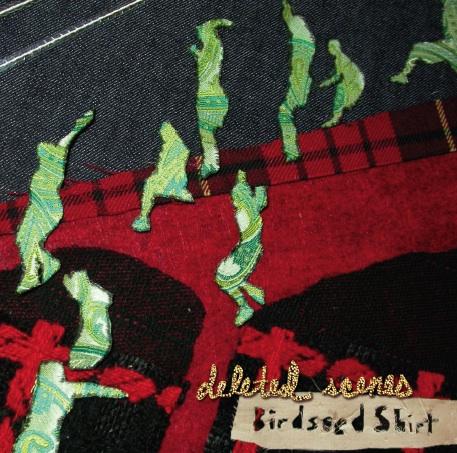 If it please the court, here are the facts of the case:

Gary B and the Notions provide local support. We’ve written about them before and even compared them favorably to Elvis Costello. If that’s not a shining recommendation, we don’t know what is.

Medications have a new record out on Dischord called Completely Removed which completely rules. You might recall the members of this band from former Dischord heavy hitters like Faraquet, Smart Went Crazy, and Beauty Pill, who are all largely responsible for making the DC sound what it is. (Fugazi didn’t do it all by themselves, kiddies.)

Deleted Scenes is that rarest of rarities, a really cool DC band that is not on Dischord. The J Robbins produced Birdseed Shirt is probably better than any record on your shelf right now. Don’t take our word for it though. We’d like to enter into the record testimony from expert witnesses Pitchfork, Brightest Young Things, DCist, Pasta Primavera, and Aural States. They’ll all do a better job than we can of telling you why and how this band is so unique, innovative and superior.

Closing arguments: Despite the fact that it’s Monday and you probably want to flop down on the couch after work and sleep where you lie, you should go to this show; not because it’s something to do on a Monday, but because its probably the best show you’ll see for some time. Besides, we know you all stayed home last night watching Lost.

Court is in recess.

Sidebar is at 218 E. Lexington Street downtown. Sidebar is a legal term, and the Sidebar Tavern has a gavel in its logo. This whole post is a pun. Pretty clever, huh?